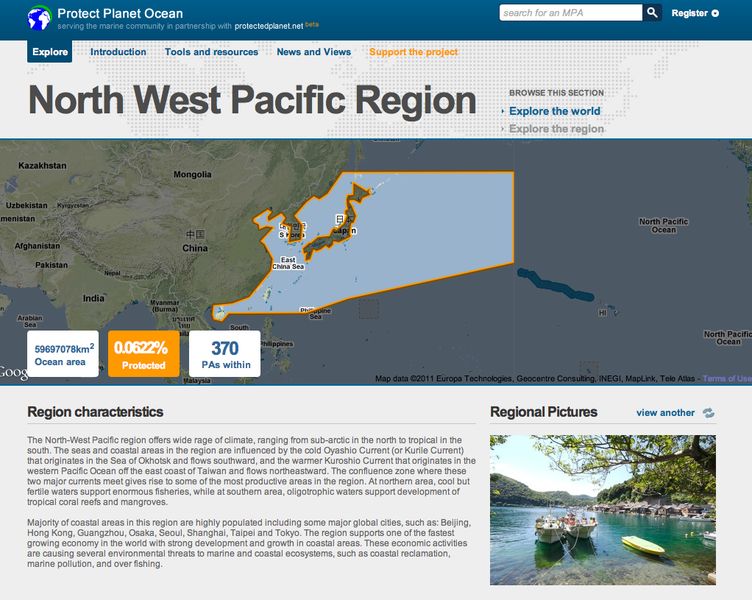 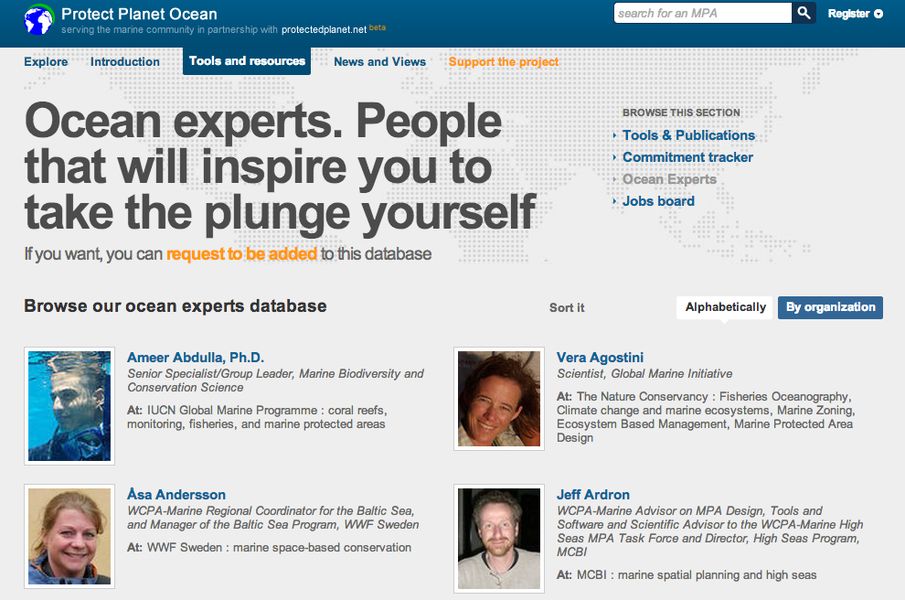 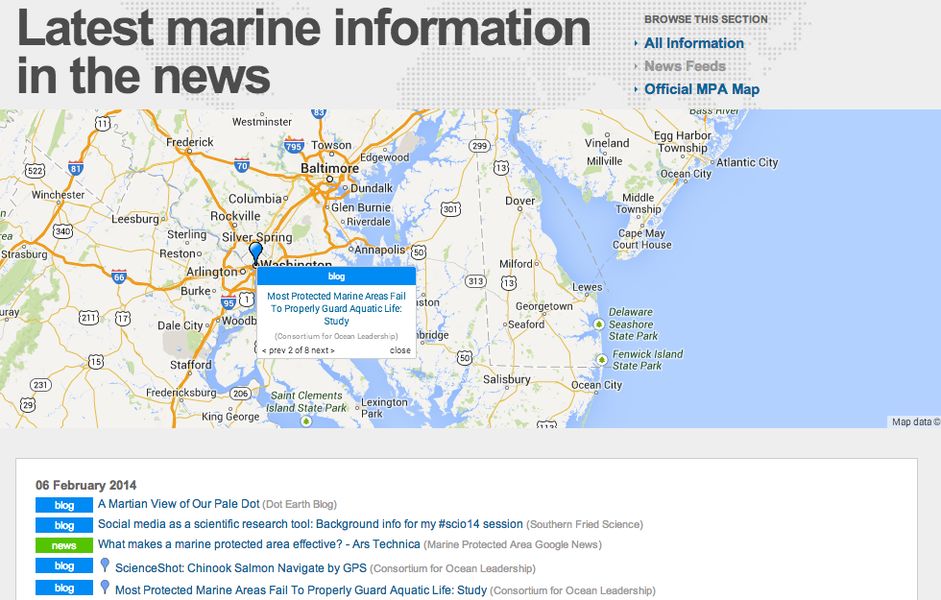 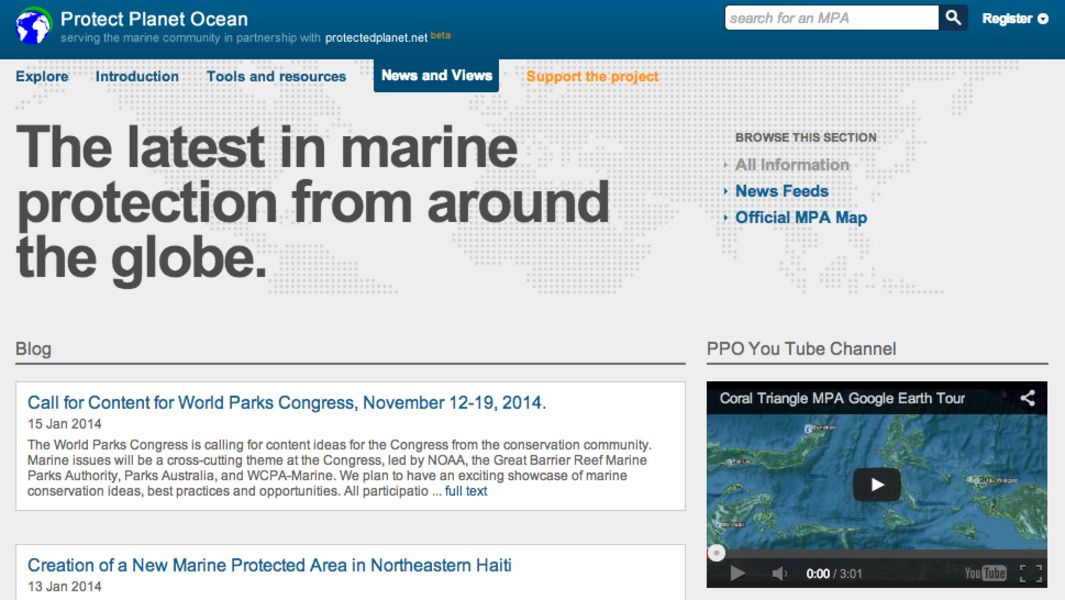 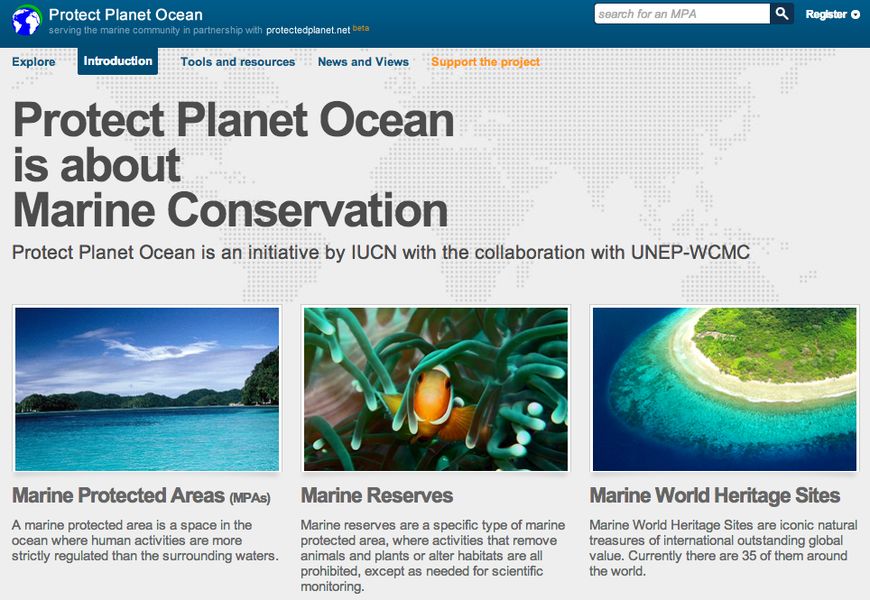 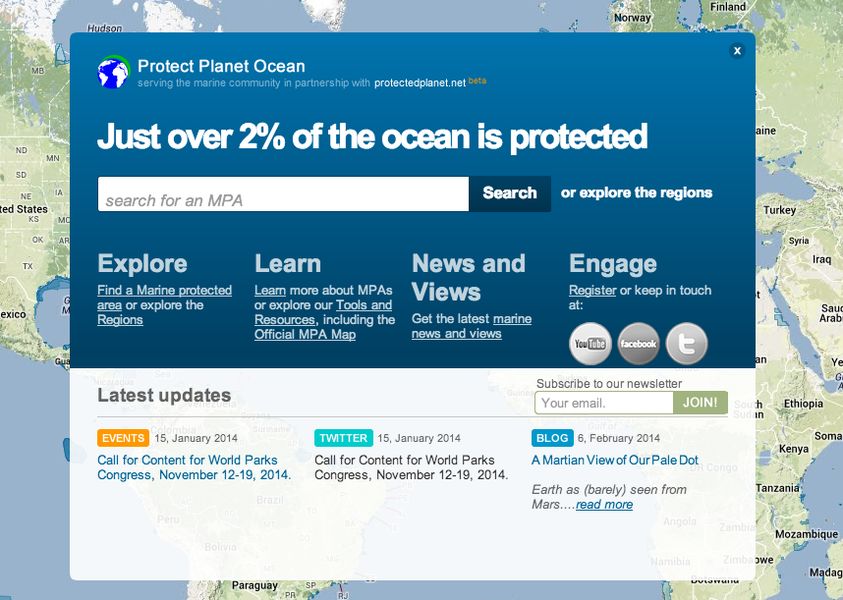 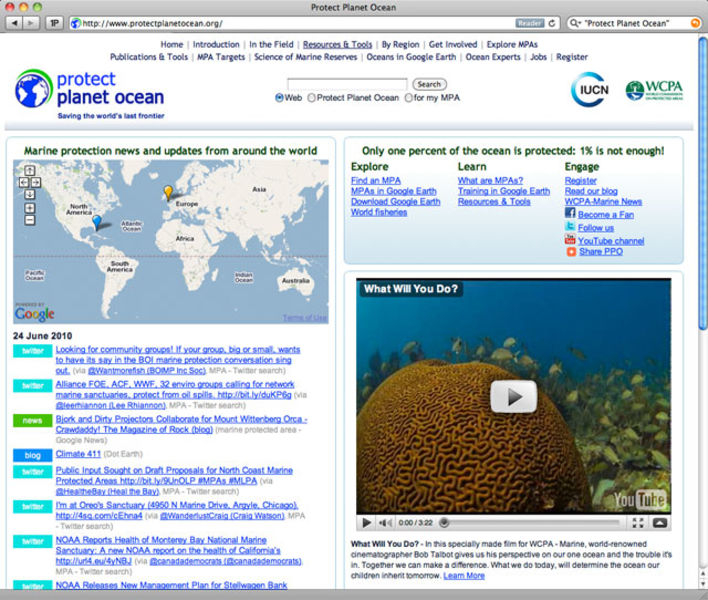 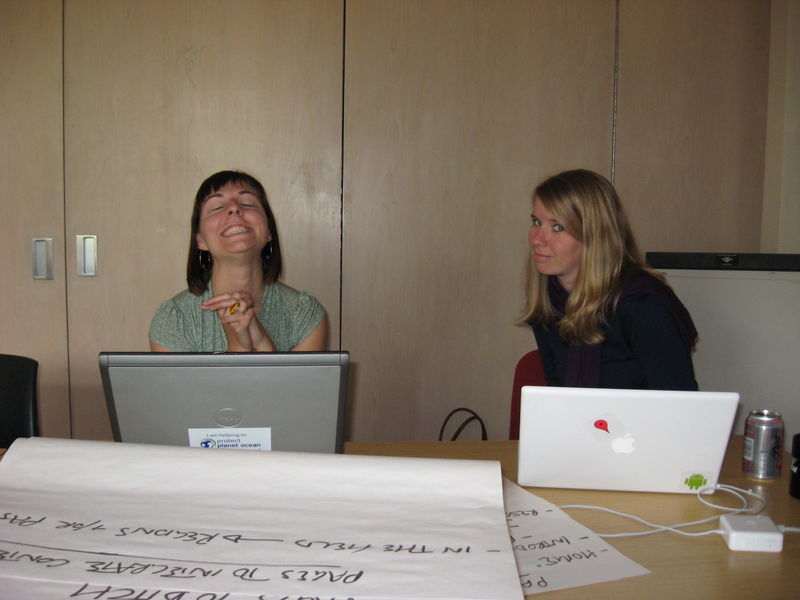 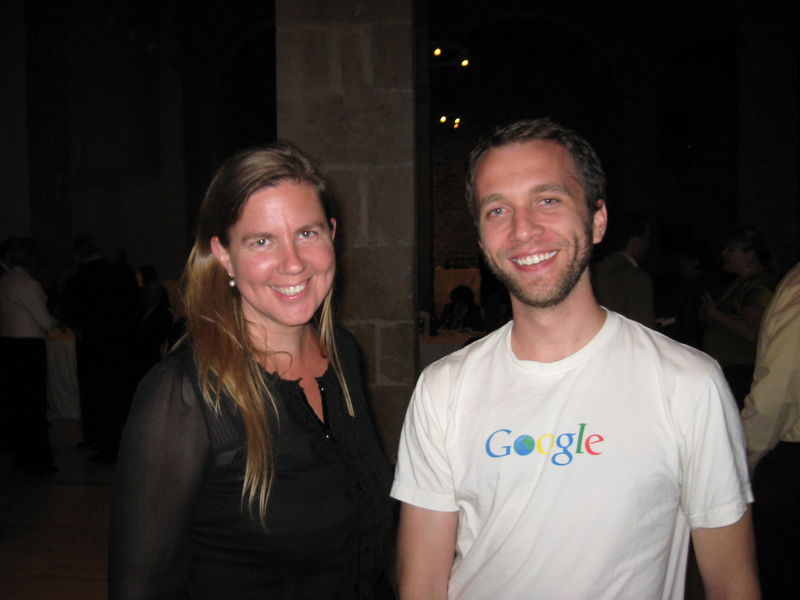 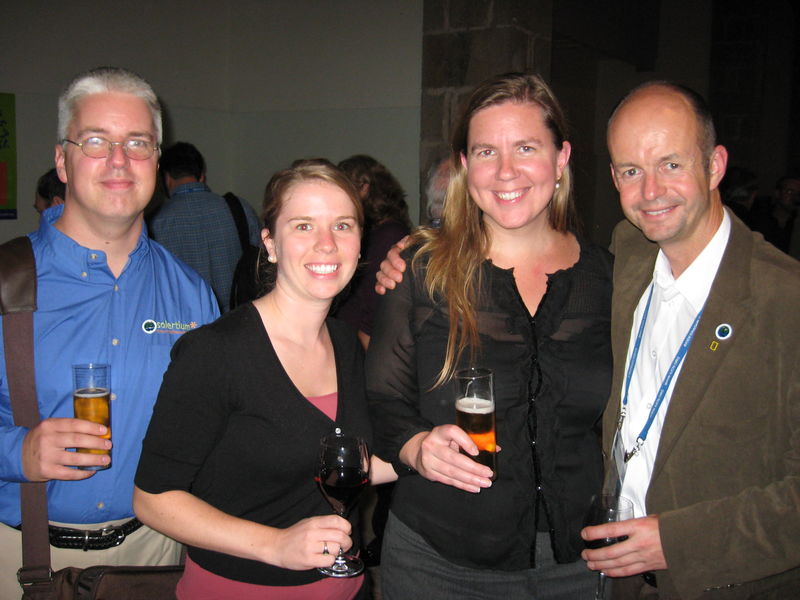 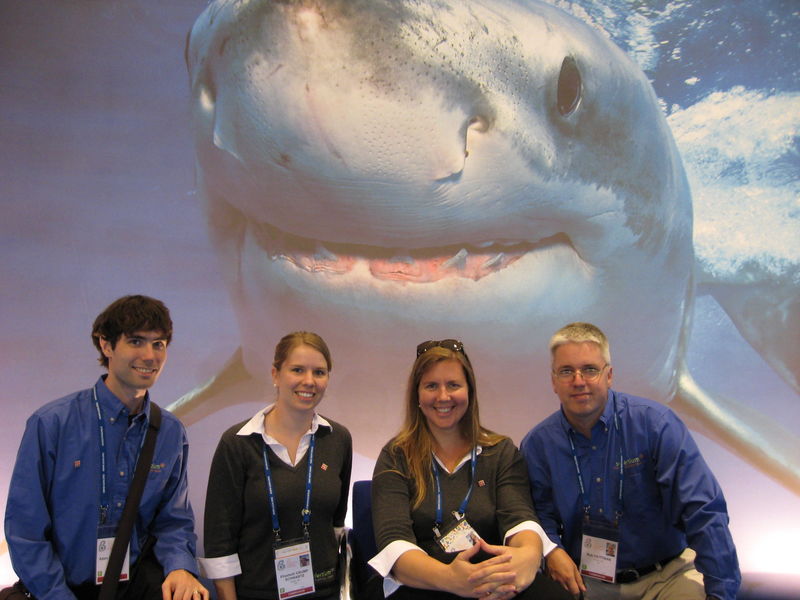 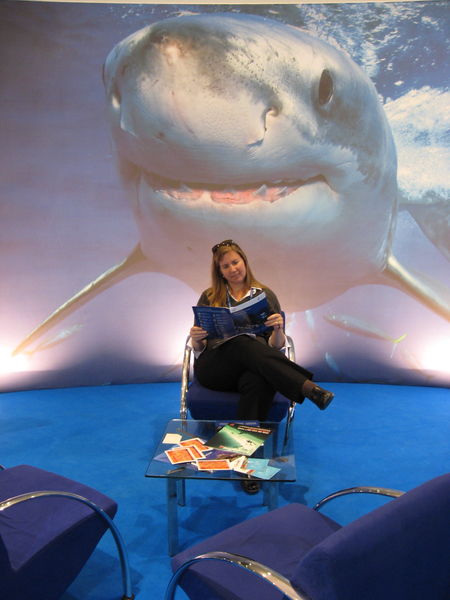 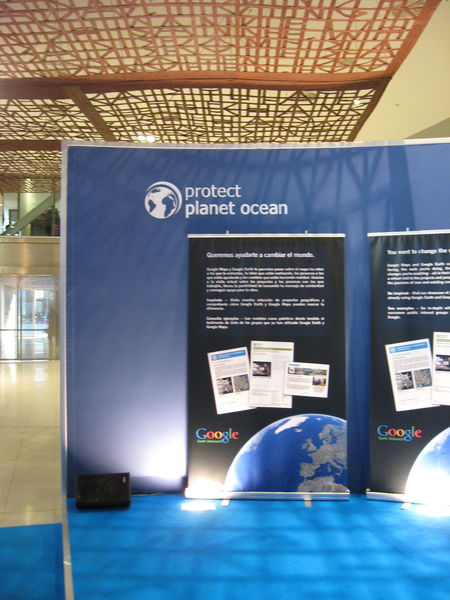 The Project
A collaborative effort of unprecedented proportions, Protect Planet Ocean saw many conservation organizations join together with Google and Solertium to create a portal for information about marine protected areas. Originally launched to great fanfare at the 2008 World Conservation Congress in Barcelona, Protect Planet Ocean provides a wealth of detail on marine protection for both the public and practitioners. The portal was re-designed and re-launched in late 2010, along with its sister site ProtectedPlanet.net, which aggregated all of the MPA site data documented in the Protect Planet Ocean geowiki and Google Earth layer into the overal World Database of Protected Areas (WDPA).
The Work
Protect Planet Ocean was one of the first sites to launch on Google App Engine, before it entered public beta. Google Earth product manager Steve Miller developed the geowiki backed by the App Engine datastore.
To handle the anticipated high traffic of being featured in Google Earth, Solertium ported its PostLaunch content management engine to the App Engine platform with a Python runtime. The content of the site was contributed to a Google Web Toolkit powered site running on a conventional Java web server, and the assets were published to the production web site running on App Engine.
Solertium augmented the feed reader for PostLaunch to be able to perform feed aggregation and comprehend different styles of feeds, including geotagged feeds like GeoRSS. Geotagged news aggregation quickly became a major traffic draw for the site.
The original site was Google-themed, with simple layouts and iGoogle style widgets. Two years later, in conjunction with the launch of ProtectedPlanet.Net, the site received a thorough graphic redesign from Vizzuality, to bring its look and feel in harmony with ProtectedPlanet.Net. The Solertium team reworked the script implementation to consume the new ProtectedPlanet.Net web service APIs.
The Partners 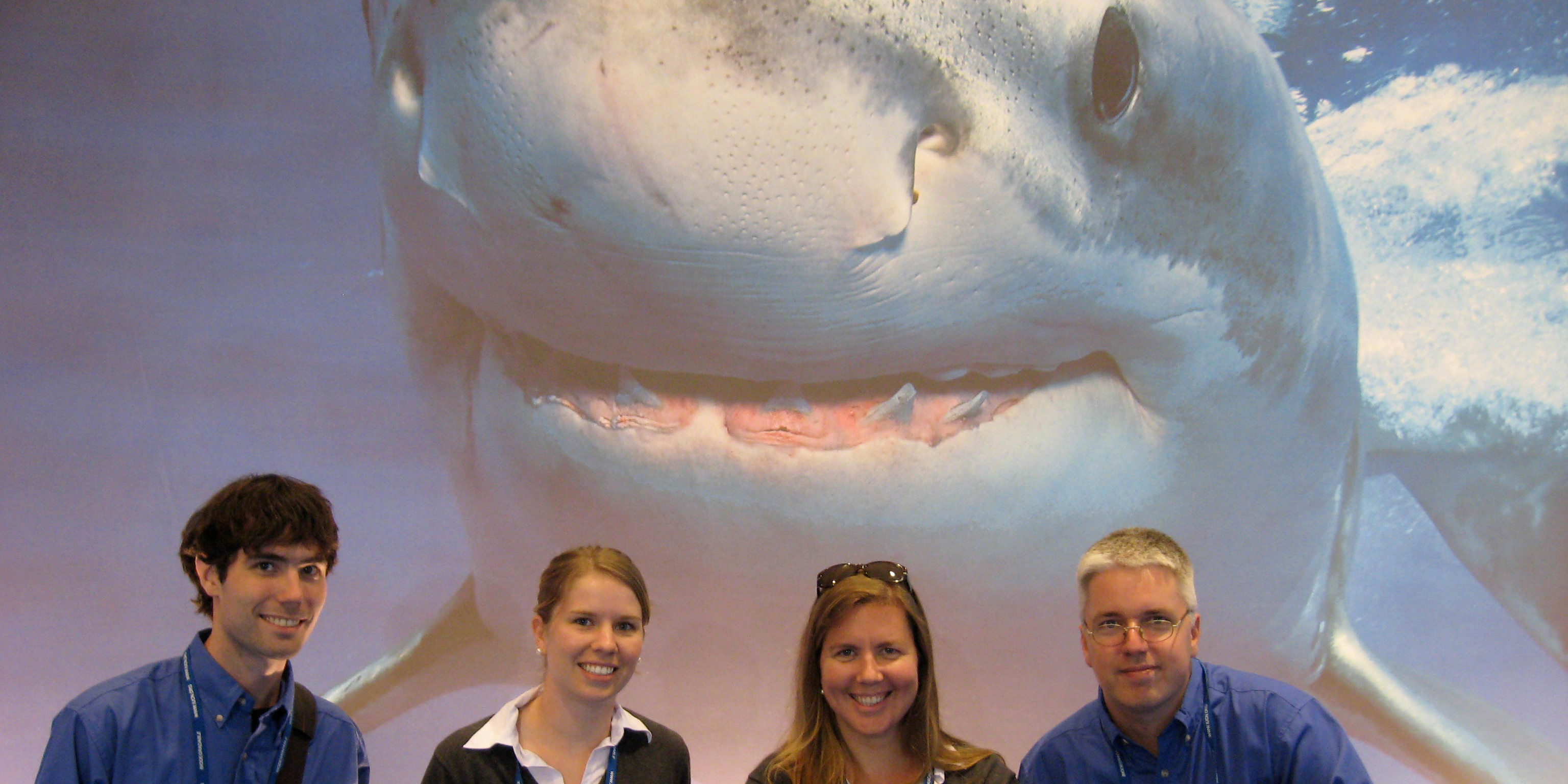 An Ocean of Awareness 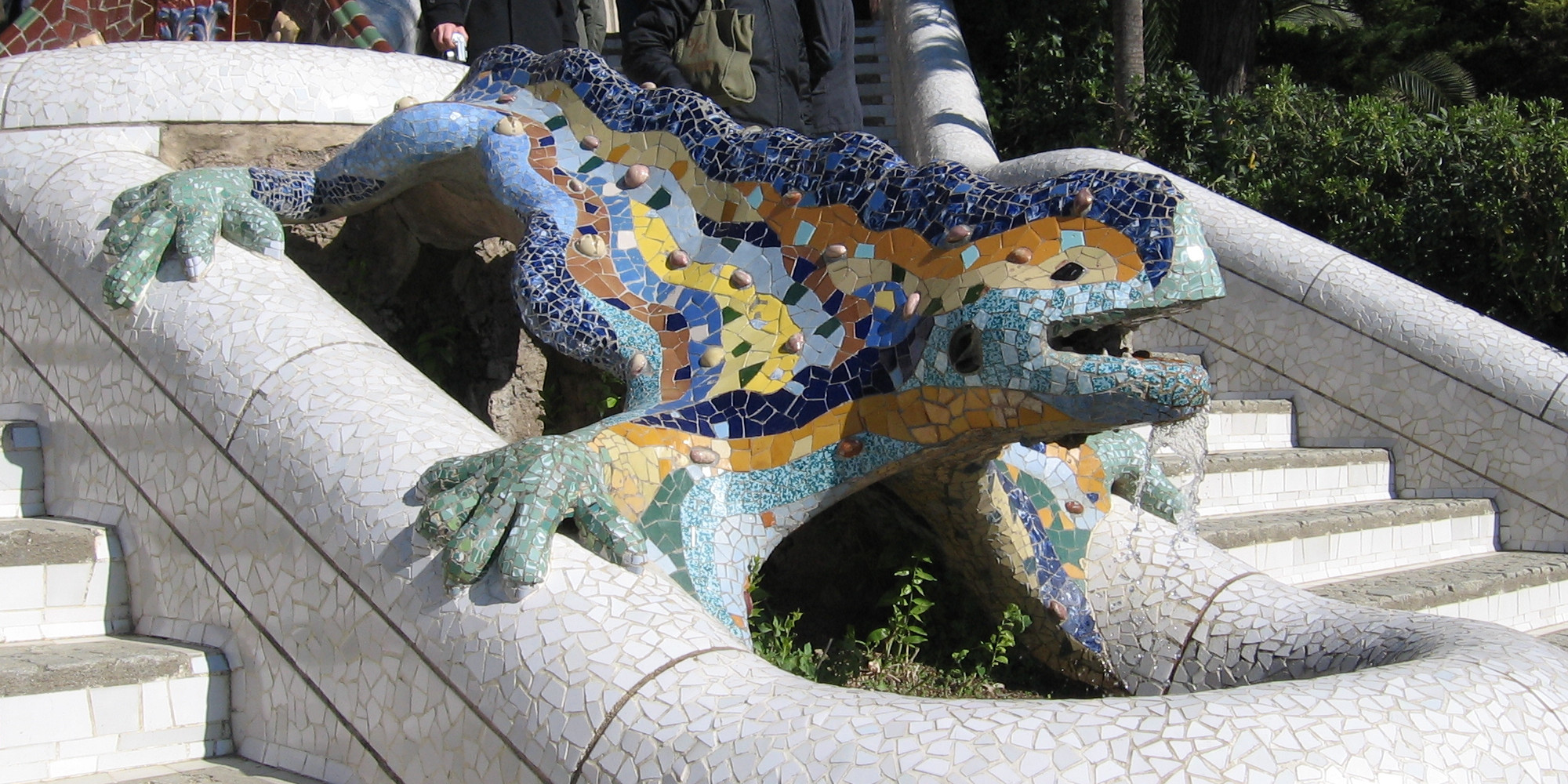